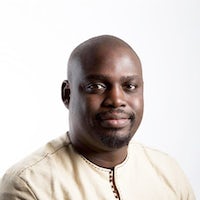 Today I will introduce to you what many would argue is the shiniest new feature of the popular React library - React Hooks.

I personally am falling in love with the React.memo concept, but we can reserve it for another tutorial though.

We are here to talk about Hooks so let's get into it.

First thing first what are hooks??

Fair question. Components are at the heart of the React library and there are essentially two ways to write them. Either as a class base component or a functional component.

Prior to version 16.8 I believe, using the class base syntax was the only way to tap in into the component life cycle methods and also the only way to directly access the very important state object.

The workaround or status-quo was to wrap the functional component inside a class component and have it pass the state as props.

With the addition of hooks, that is no longer necessary since functional components are now literally able to "hook into" the React exposed methods such as useState and useEffect which we are going to look into extensively.

Now that we have that out of the way, let's see it in code

Let's put together our example functional component. The user interface is two buttons in charge of incrementing or decrementing a count value that defaults to 0.

Just like we would've imported Component on the opening line, we are instead adding the useState hook. Then a destructuring like statement is used to set the internal state

The first variable - count, on the construct is the value and the second setCount is the name of the function you will later use to update the value - you can call it whatever you see fit.

Finally, useState on the right of the statement takes what looks like an argument but is actually initial value of the state key.

So in plain English:

Using the state hook, create a variable named count and associate a function named setCount that will be in charge of updating the value of it. In the meantime, set the initial value of count to 0

There you have it for a simple example :) Now let's look at something more involved that will allow us to take advantage of a few lifecycle methods inside a functional component

If you have read some of my articles, you might've come across my JavaScript - 28 relevant questions series.

One of the challenges is to build a "simplified" Vending Machine.

You can read more about and definitely take a stab at it following the link below.

One of the solution that I have devised for it uses a function as a module. We will import that inside a React functional component and use it to update various states of the application

The complete code can be found here: React vending machine with hooks but let's quickly go step by step.

The Vending Machine exposes two public methods sale and stock. It also needs to be passed an inventory object that looks like this

Let's assume that this object is coming from an HTTP call. In a class based component scenario, we would have probably use the ComponentDidMount lifecycle method to make the request and update the state. In the case of the functional component we will hook into the useEffect method to do so.

Now let's set a few rules/goals that we want our React component to do:

Let's put the initial wrapper for our little app

As we did with the Simple Counter, we are importing useState but also useEffect and Fragment.

My personal like on Fragment is how easy it let us choose if we want add additional tags to the DOM or not - very powerful.

The last import line simply get us our VM module. Whether I work on an Angular or React project, I usually create a folder of utilities with pure Vanilla JS that are easy to reuse in either framework or library.

The state syntax in a class component is a key value object. We could definitely repeat that same pattern here, but what it is very interesting and flexible with the useState hook is that you could set each individual state you want to track.

Let's illustrate that in our functional logic section

I really like how this reads, it is almost self-documenting and probably easy to figure out what each of these does. Let me know if you don't agree :)

To be crystal clear though, this is what each will handle:

Now comes the fun part where we get to take advantage of useEffect to wrap around our HTTP request.

The hook wraps our fetch call and once we get a response, setData updates the data state and setVM attaches an instance of the VendingMachine with the new inventory to our vm state.

Please note that we haven't added error handling on our fetch call for brevity.

The code adds two very important comments that touch on lifecycle management. It is extremely important to understand that useEffect is the equivalent of ComponentDidMount, ComponentDidUpdate and ComponentWillUnmount lifecycle methods combined

If we don't pass the empty array as a second argument, the "effect" will run every single time the component gets updated.

That would be great for certain use cases, but in this particular one , we would be telling our component to go fetch and setup a Vending Machine every single time something gets updated in the UI.

The empty array as second argument helps us prevent that by making it a one and done deal.

The commented out return function statement is a placeholder of where you would put your code if you wanted to do operations when the component unmounts.

Think about use cases such as removing event listeners, unsubscribing from an observable etc...

I highly recommend to read more about those on the React documentation page.

4. Rendering the UI at last

Now that most of our logic is taken care of, we can focus on putting the meat of the component on the page. If we have received data from our fetch call, this will mean that the loading state has finished and is now false.

Using the ternary operator, we could compose our view like below

With everything in place, let's add the final piece of the UI inside the falsy section of the ternary statement

So if we are going from top to bottom on the last block we are essentially:

I've warned you or at least I've tried in the title to tell you that this was going to be lengthy. If you've made it this far though, I hope that like myself you have learned a thing or two about this fascinating way of composing slick UIs with the React library.

The effect and state hooks, are most likely to be the most prominent ones for many of the use cases in a functional component. But don't cut yourself short by limiting yourself to those two.

I cannot recommend enough this gem of an article by Aayush Jaiswal: 10 React Hooks you Should Have in Your Toolbox

If you create bits of reusable code, you could definitely take a stab at creating some custom hooks and share with the rest of us. The React docs are surely a great place to start: Building Your Own Hooks

In the end, don't forget to pace yourself. Some are pretty intuitive and straightforward and some might take a few head scratches.

Thanks for reading this far and don't forget to "hook" a few friends up by sharing the article ;) 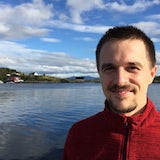 Just wondering if you have a stackblitz example to just run the demos? 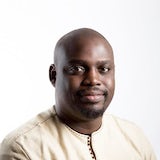 Hello yes. I have left the links in the articles with the stackblitz editor . But if you want to just run the demos you can do this as well: